Seniors Face $213B In Cuts To SNAP, Scrapping Of CSFP Food Program 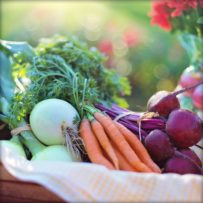 Trump has signed budget measures, the health, agriculture, transportation and housing proposals, into law in late September and October to avoid a government shutdown and before the upcoming November elections.

Out of a total of $2.6 trillion in federal budget and farm bill cuts to the Agriculture Department, the Meals on Wheels program and other such nutritional, congregate and home-delivered meals initiatives under the Older Americans Act and the U.S. Department of Health and Human Services’ Administration on Community Living may be endangered.

Both the U.S. House and the Senate then voted on a two-part measure that would fund the Defense Department as well as Health and Human Services, Labor and Education Department programs. All the measures came before Trump for signature in October 2018.

In early September 2018, both houses of Congress voted for a nearly $2 trillion compromise spending bill and pushed for a short-term bill to fund the government’s defense, labor, health and education programs until early December 2018.

The House approved the bill 377-20 and the Senate passed the measure by 92-5. President Trump signed the entire federal budget bill package into law. Congress sought to avoid a government shutdown when the new budget and fiscal year started in October 2018.

The budget proposals come after President Trump signed into law a $1.9 trillion tax plan in April 2018, which is found to grant 83 percent of tax cuts to the richest 1 percent of the public.

The plan may add $1 trillion to the nation’s debt while lawmakers pledged to reduce the federal deficit by $302 billion.

CSFP serves food to 600,000 low-income seniors monthly. The program was specifically designed to cater to this age population.

Experts say a number of rules about how SNAP works will make it harder for seniors to benefit fully from the program.

Under the new SNAP rules, two million seniors will be subject to a strict three-month time limit on benefits for non-disabled, childless individuals by increasing the eligible age to apply from 49 years to 62 years old, starting in 2021. It also sets work requirements for beneficiaries up to age 62.

The rules also remove a state choice that enables low- to moderate-income families, seniors and disabled individuals to participate with more flexible income and asset limits.

They would end SNAP’s monthly benefit for households of one to two persons, which would go to low-income seniors and disabled individuals who are eligible for a benefit of $14 or less. About two million beneficiaries would be impacted.

For all recipients obtaining $90 or more of SNAP benefits, about 50 percent of the value will take the form of a box of nonperishable foods.

The Older Americans Act nutrition programs serve about 90 million congregate and about 140 million home-delivered meals to nearly two million and one million seniors, respectively. Congregate and home-delivered beneficiaries are older, poorer, sicker, more challenged in activities of daily life and more likely to be institutionalized than the general senior population.

The nutrition programs are publicly and privately funded. Nearly 44 percent of congregate and 30 percent of home-delivered spending stem from federal sources. While the program is supported by multiple sources of funding, the sums are not enough to accommodate a growing senior population.

Though the overall domestic policy of the past Obama administration and its stress on eliminating obesity and food deserts and promoting physical exercise sustained support for senior nutrition programs, the current Trump administration leaning against social entitlements may affect funding and technical support for these initiatives.

The U.S. Health and Human Services’ Department’s Administration on Community Living nutrition agency researchers and policymakers published an article about the opportunities and challenges faced by the senior food service programs, titled “Older Americans Act Nutrition Programs: A Community-based Nutrition Program Helping Older Adults Remain at Home” in the Journal of Nutrition in Gerontology and Geriatrics.

The article also discusses how the OAA nutrition programs are adjusting by aligning with home and community-based services, also known as HCBS, particularly health and social services.

Under the new work requirements, about two million low-income beneficiaries may lose beneficiaries under the House version of the Agriculture Department bill, data from the Congressional Budget Office last May revealed. This includes 469,000 families with infants and young children.

The bill contains language to reconfigure income and spending rules for the total 42 million recipients of the SNAP program. States would be able to eliminate 8 percent of those on the program’s roles, a research firm, Mathematica, found, using data from the Agriculture’s Department’s Food and Nutrition Service.

Nearly 34 percent of seniors or 677,000 households would lose benefits under the new plan, the study finds. More than one in 10 disabled individuals, which represent another 214,000 households, would also no longer qualify for assistance.

By comparison, the Senate version of the farm bill, which supported by both Democrats and Republicans alike, did not contain stronger work requirements or new benefit calculations and lawmakers are trying to work out the differences in Congress.

President Trump supports the tougher work requirements on SNAP beneficiaries, calling them “welfare” recipients. He asked lawmakers to push through the House version of the bill, which also holds billions of dollars of subsidies for Midwestern agricultural states.

Experts and policymakers are worried that the House version may be incorporated in a final budget bill because of the subsidies and families may be deprived of their benefits. The Agriculture Department reported that 15 million households nationwide were “food insecure” in 2017.

Facing these scalebacks are such initiatives as the Agriculture Department’s SNAP and social service intervention activities to improve the knowledge, behaviors and environment of seniors who use the Older American’s Act Title IIIC Congregate Meal sites and home-delivered meals. About two out of five seniors are enrolled in SNAP.

For over 50 years, the Older Americans Act has been re-authorized and supported by lawmakers, previous administrations, private industry, nonprofits and faith communities along with Medicare, Medicaid and Social Security to improve the quality of life for seniors.

However, since the start of the millennium, the OAA and the Area Agencies on Aging have faced greater reluctance, especially on the part of conservative lawmakers, to re-enact their social services and benefits, groups such as the Benjamin Rose Institute on Aging, Hunger Initiatives, Revolution Foods, Mather Life Ways and the National Council on Aging, which researches model programs, outreach, marketing and case studies from the Senior SNAP Enrollment Initiative, a national project to enable qualifying seniors to apply for SNAP, says.

As a result, seniors confront the prospect of food insecurity, administrators to the AARP Foundation’s state-level program to reach vulnerable and isolated seniors and help them apply for SNAP benefits say.

At the same time, private senior long-term care and short-term care providers such as Atria Senior Living are using culinary and engagement programs, wellness principles, nutrition education and actual food service to inform seniors about sound nutrition and to serve them healthful meals.

This website uses cookies to improve your experience while you navigate through the website. Out of these, the cookies that are categorized as necessary are stored on your browser as they are essential for the working of basic functionalities of the website. We also use third-party cookies that help us analyze and understand how you use this website. These cookies will be stored in your browser only with your consent. You also have the option to opt-out of these cookies. But opting out of some of these cookies may affect your browsing experience.
Necessary Always Enabled
Necessary cookies are absolutely essential for the website to function properly. This category only includes cookies that ensures basic functionalities and security features of the website. These cookies do not store any personal information.
Non-necessary
Any cookies that may not be particularly necessary for the website to function and is used specifically to collect user personal data via analytics, ads, other embedded contents are termed as non-necessary cookies. It is mandatory to procure user consent prior to running these cookies on your website.
SAVE & ACCEPT
✕